Fiona Pimentel December 10, 2022 In Never Give in! No comments 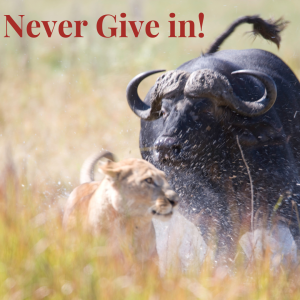 Sometimes when I watch videos like this, or go to see a live piano performance, I think about giving in to my inner hyper-achiever. That’s the voice that tells me if I can’t perform at that level, there is no point even trying. But that’s simply not true.

The truth is I can actually play Rondo a Cappriccio. The difference is that when I play it, it sounds much more like a meditative lullaby instead of a ‘Rage over a Lost Penny.’

I did record a video of myself playing part of the piece, but perhaps luckily for you, my Air Drop is not working today. My intention had been to show the impact of practising the same line 50 times. The “before” video is 42 seconds long and the “after” recording is 22 seconds. So I managed to shave off 20 seconds, which was a great achievement for me! But to put this into perspective, in the recording I am sending you, the section only takes around 7 seconds!!

Even professional level performers started with zero knowledge of music and no inherent skills at the piano. They had to learn from scratch, like we all do at everything. They put in the hours of practice every day for years to get to where they wanted to get to. But we don’t have to be the best in order to enjoy doing something. Or in order for others to appreciate our talents.

In fact, recently we went to a concert where a lady played all 24 Etudes by Liszt. She is apparently the only person in the world currently playing all of them in one concert. That’s certainly very impressive! However, it was so far above everyone’s heads that we couldn’t enjoy it. Half the audience left. I would probably have left too if my husband and I had not been invited by the sponsors. And if I had not by chance met the performer in the restroom. I felt sorry for her that people were leaving when she had worked so hard for many years to achieve that level of playing.

So when our saboteurs attack us with doubts such as “you’re not good enough”, or “you should not even bother trying” we can ignore them. Although they are trying to protect us from pain, they are working as our enemy. Let’s agree to never give in to their negativity, because if a thing is worth doing, it is worth doing for the joy of it.

If you would like any help with persistence, let’s get on a call. You can book yourself an appointment here.